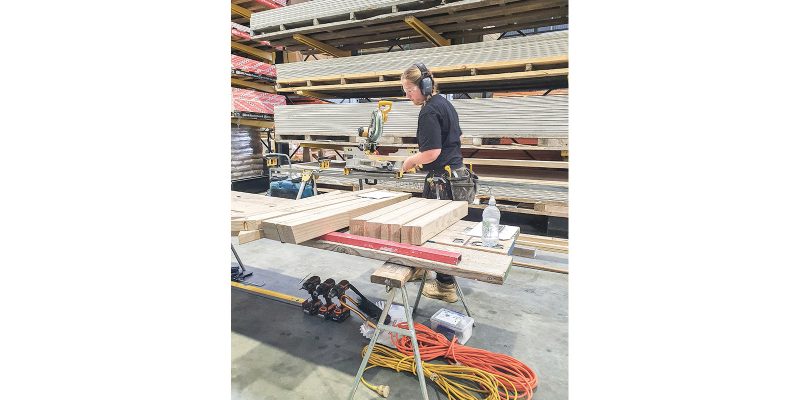 Apprentice Briearnah Cook has claimed the title of the Central Otago New Zealand Certified Builders (NZCB) Apprentice Challenge champion for 2021, after competing against two other apprentices on 10 April.

The apprentices were put through their paces and given just eight hours to build a picnic table that followed specific design plans meeting minimum safety standards.

Picnic tables were assessed by a panel of judges who looked at technical aspects such as the quality of workmanship, measuring, cutting and assembly, as well as other essential skills while working against the clock, including their ability to follow a detailed plan and safe working technique.

As well as winning the title of regional champion, Briearnah also won an ITM prize pack of trade tools and earned a place in the national final representing Central Otago.

There she will compete against 18 other regional winners from across New Zealand . NZCB Apprentice Challenge Manager, Nick Matthews, said the show of carpentry talent on Saturday was a testament to the high-calibre of apprentices currently in industry training. More comprehensive than other apprentice training schemes, the ITAB apprenticeship scheme provides over four years of extensive practical experience and solid theoretical training, setting apprentices up for a successful career in the building industry with a broad set of professional skills.