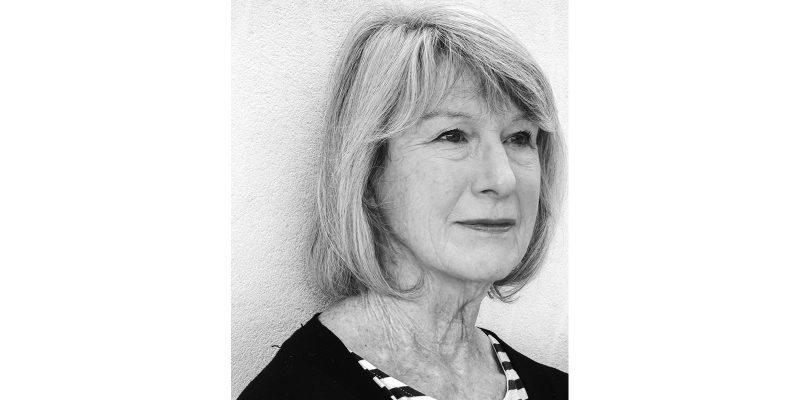 Joan Lawrence and her husband Tony did not plan to set up one vineyard, but so far they have developed three.

Joan had a love of classical music, art and literature from an early age.  She grew up in Dunedin, in a family that loved going ‘up Central’ for holidays and recreation.  Her brother, artist Neil Driver, has been a long-time resident of Clyde, so she and Tony were regular visitors there.

Gaining a BA and a Diploma in Teaching from University of Otago, where the met her husband Tony, Joan went on to a Masters In Archeology from the University of Auckland. She and Tony  settled in Auckland – Joan as an anthropologist and Tony as an orthodontist.

Joan had a distinguished career in Archeology, being editor of the quarterly journal Archeology in New Zealand for over a decade.  She was the Archaeological Illustrator of the Anthropology Department, University of Auckland.

Tony and Joan both love gardening, both love wine, and when they visited Central Otago they became keen visitors to the growing number of wineries.

It was through receiving the Chard Farm newsletter that they were lured into buying a block of land on an elevated site near Pisa Moorings, building a beautiful holiday home on Wanaka Road, and leasing the land to Chard Farm.

Gradually, they became attracted to the concept of their own winery, the result being that they established Aurum Wines in 1997, and Joan became a full-time resident.  Until the first harvest, Tony needed to keep his professional career in Auckland.  It was up to Joan to discover all the unknowns – being a keen gardener did not quite prepare her for vineyard operation, harvest teams, wine making, commercial business and hospitality.

It is a complex industry, and quite a few of our areas wineries were largely developed by women, while the men, of necessity, kept their careers and income streams going.  In 2001 they sold their original vineyard to establish nearby Te Wairere Vineyard.

Quite independently, their son Brook studied as a viticulturist, and met his French wife Lucie, a third generation Burgundian winemaker.  Together, they have been making  Aurum wines since 2006.

There are now three generations of Lawrences on Aurum Wines, including granddaughters  Mathilde and Madeleine.

Joan loves her life here.  She has a passion for plants and gardening and for seeing plants in their natural habitant in some of the wild places of the world.  She was a founding member of Heritage Roses New Zealand and the editor of the journal Heritage Roses in NZ for a number of years.  She is a Trustee of Cromwell Museum.

She and Tony sponsored the New Zealand String Quartet for many years, and held concerts in their home.

Joan says Tony is the love of her life, adding,

“Our partnership in designing and contracting gardens and houses, our love of chamber music, collecting New Zealand art, and foreign travel has meant we have had a rich and satisfying life.”

They have stepped back from the major responsibilities of the organisation, but they are still working – Joan often in the tasting room at Aurum Wines.