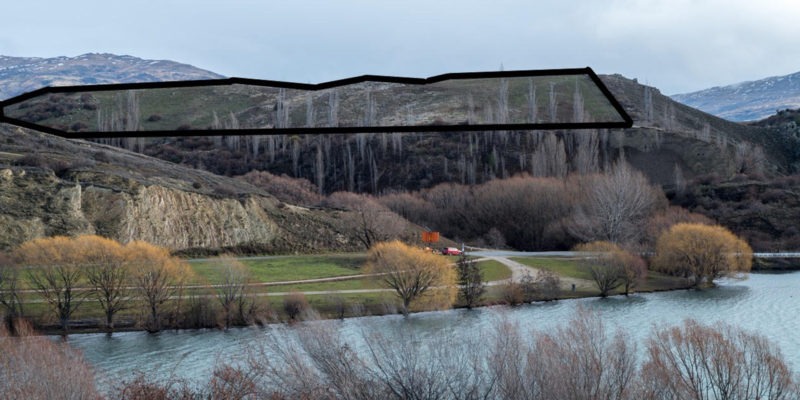 Following a recent meeting of over one hundred Bannockburn residents, an incorporated society has been formed to oppose an application for a subdivision beside Terrace Street, and to ensure a watching brief on any future developments in the area.

The issue is that a resource consent application has been made by a family trust to subdivide the land overlooking the Bannockburn Inlet into 35 lots, rather than the 10 lots originally proposed.  The land was expected to be developed at some stage, but not in the manner proposed.

The residents at the meeting were united in their opposition to the subdivision proceeding in this form.

They all committed to making individual submissions on the application.

In addition, they supported the formation of the incorporated society, and a committee of that group agreed to engage a landscape architect, to engage a barrister to ensure that the CODC decision to allow the application to proceed with a lack of information does not prejudice submitters, and to make a submission on behalf of all members of the society in opposition.

Spokesperson James Dicey says that the application itself is very surprising, because of what he perceives is the lack of information and the extent the application breaks the CODC District Plan rules.

“Perhaps the application was a method of gauging the appetite for a fight by the Bannockburn residents,” he says, adding that the photographs in the application gave a false perspective of the impact of the development. This served to minimise the size of the escarpment.

The society has had another set of photographs taken, which James believes gives a much fairer representation of how the human eye would view the development if it went ahead.

Although submissions were due in on Wednesday 7 July, James encourages late submissions from those who did not know about the application or did not have time to submit before the due date.

“They should be accepted by the Central Otago District Council, as a lot of users of the Bannockburn Inlet and other affected residents have not been notified,” says James.

The society is concerned that if the application is approved, the family trust and other developers can continue developing in this manner, without regard to the rules.

It has examples of a submission available, and James is happy to help you to complete yours, or to discuss and give further information.