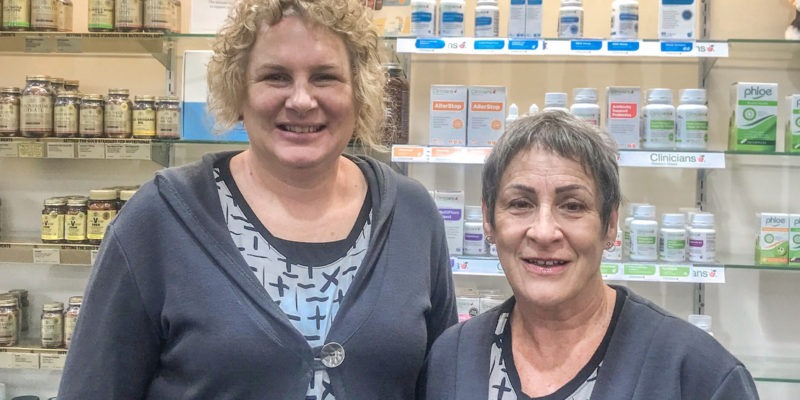 “This makes us some of the longest-serving retail assistants in Cromwell,” says Kathy, “Perhaps the longest, but we could be proved wrong in that.”

They have been employed by three different owners during that time. Robert Cox appointed them, and in 1998, Lindsay and Lesleyann Wilkie took over the business from Robert.  They stayed from 1998 to 2008, and passed the pharmacy on to Jackie Hamilton, the current owner.

Kathy job-shared with Sandy Potter until 1997, and then replaced Shirley Howard as the full-time pharmacy assistant and continued full-time until last year.

Anna worked full-time until 2001, and then part-time.

Then and now photos of Anna and Kathy. Photos supplied

They both now work a four-day week.

“We’ve seen people come and go,” says Anna, adding, “In those days we knew everyone, but these days we don’t.”

During those 25 years, they have worked with approximately 17 pharmacy assistants as well as the various pharmacists.  They have also had three changes of location in the Mall.

There are now on-line businesses competing with local pharmacies, but the women agree,

Kathy and Anna laugh when they think back to the various colours and styles of uniform they have worn over the years- everything from Ezibuy to locally made.

Congratulations on your silver jubilees, Anna and Kathy.  Thank you for your care, and we look forward to your friendly faces in the pharmacy for years to come.