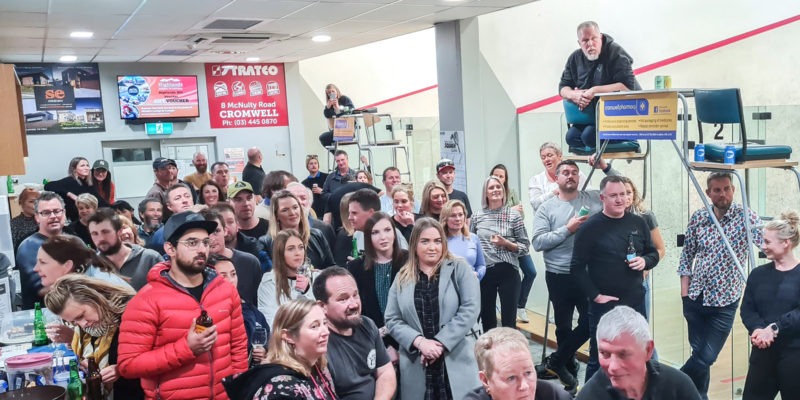 This tournament was not so much about squash this year, but the women’s club Captain, Stacey Hansen.

Forty-four players came from around the South Island to compete in both women’s and men’s matches.

However, the main focus was to fundraise for Stacey.

Stacey was diagnosed with Leukaemia earlier this year and has been in hospital undergoing chemotherapy for much of this year.

A donor is available, and Stacey must improve her health to ensure she is strong enough for the transplant.

Stacey is the life blood of the Cromwell Community Squash Club, always ready to help newcomers, and a valued leader of the women’s squash, taking a team to the national super champs at the end of last year.

The club decided to raise some money for Stacey and her family to help with the considerable expenses they are facing in this battle against leukaemia.

The biggest event was the auction held at the end of the tournament.

A huge turnout of members saw around 100 people attend the auction. There was much hilarity as well as serious bidding and $12,890 was raised at the auction.

Together with the other fundraising efforts over $18,000 has been raised for Stacey and her family.

The Squash Club would like to thank everyone who gave the fantastic donations, and for all those who gave their time to help with the fundraising.