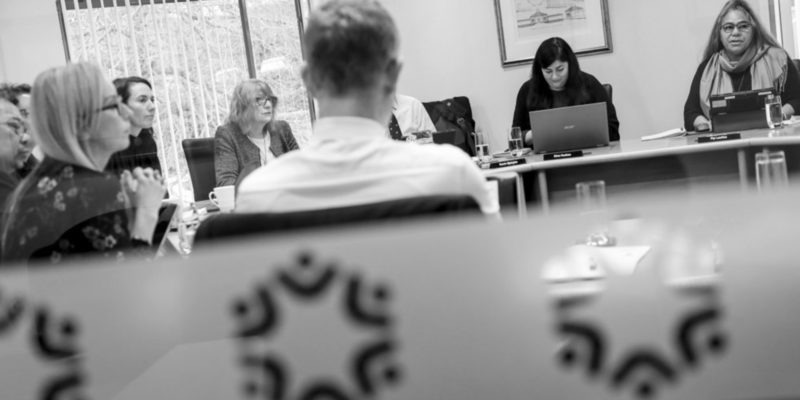 Otago Community Trust is pleased to announce that Dunedin based Alofa Lale and Cromwell based Andy Kilsby have been appointed as new trustees to the Trust and current trustee Malcolm Wong has been reappointed for a further term.

The new trustees replace Pip Laufiso and Gina Huakau who are stepping down from the Trust after completing their maximum terms.

Otago Community Trust chair Diccon Sim welcomed the new trustees to the board and acknowledged retiring trustee’s significant contribution to the Trust.

“I wish to thank Pip and Gina for their valuable contribution. The persistence, hard work and genuine passion each has shown for the Trust over the past eight years has been greatly appreciated,” said Sim.

Pip and Gina have each brought their own unique perspective to the Trust and have contributed enormously to the oversight and use of the assets which have been entrusted to us for the ongoing benefit of the wide array of communities we serve, said Sim.

“We are delighted to have Alofa and Andy appointed to the Trust, we look forward to the blend of skills and knowledge they will bring to the board.”

Newly appointed trustee Ms Alofa Lale said she was humbled by the opportunity to be part of a team who can build the capacity of our communities and are able to make dreams come true for others.

Mr Andy Kilsby said he was thrilled to be joining the Otago Community Trust.

“I am looking forward to working with my fellow trustees to advance the work of the Trust and provide benefit to the Otago community.”

The appointments are for an initial term of four years.

Trustees are responsible for managing funds of more than $320 million and distributing income for the benefit of Otago communities.

About the New Trustees

Alofa is from Cannons Creek in Porirua, Wellington. Her parents migrated from Samoa to New Zealand in the early 1960’s and settled in Porirua. Alofa has over 15 years teaching experience in the primary and secondary school sectors as well as experience in the tertiary sector having worked as a Pacific Liaison Officer at Victoria and Otago universities.

In 2003, Alofa moved with her young family down to Dunedin to train for the Presbyterian Church ministry and has lived here ever since. She was the minister at the Otago Peninsula Presbyterian Parish from 2007 to 2015. Alofa has recently been called to be the Associate Minister at First Church of Otago and begins this role after her Induction service. Alofa is also the newly elected National President of P.A.C.I.F.I.C.A Inc. This Charitable Organisation has 18 branches for women across the country with almost 400 members nationwide.

Alofa was appointed Mission Coordinator of Mercy Hospital in July 2016. In this role Alofa manages Mercy’s mission and charitable outreach programme. Alofa also oversees the Pastoral Care team at Mercy, helping to ensure that patients’ cultural and religious needs are met. Alofa delivers cultural education sessions for organisations around Pacific pronunciation and protocols, to bolster cultural competency of those in the education sector as well as those delivering health care services in New Zealand.

Alofa enjoys utilising her wide-ranging skills in education, ministering and connecting with people to care for underserved communities throughout Otago and Southland. Serving on the Otago Community Trust Board will complement the many roles Alofa has within the community.

Andy is a graduate of the University of Otago, and is Industry Relations Head at Otago Polytechnic.

He has extensive management and governance experience in Education, Youth Development, Finance and with community organisations in Dunedin and Otago.

About the Otago Community Trust

The Otago Community Trust is a philanthropic organisation which applies its Trust funds for charitable and other purposes which are of benefit to the community. The Otago Community Trust has its origins in the Dunedin Savings Bank, established in 1864 by public spirited citizens seeking to encourage thrift within the community, and distribute surplus profits to charitable causes.

The Trust now has more than $320M invested and since inception has granted more than $185M into the Otago Region. The Trust aims to make wise investment decisions that preserve the original capital for future generations as well as having a healthy grants budget each year.