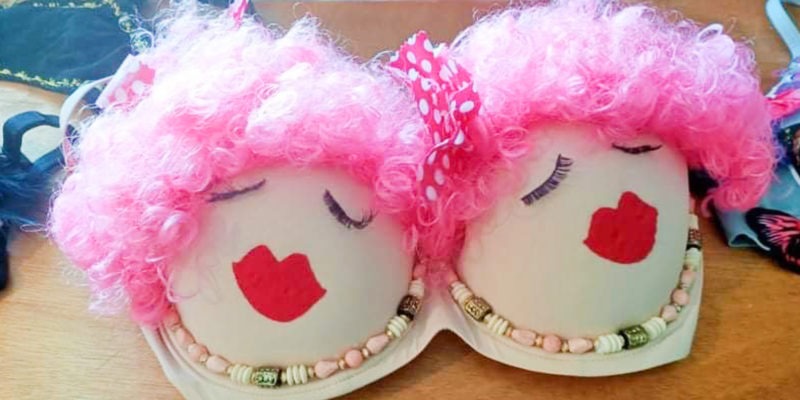 It is the time when people wear pink ribbons to honour survivors, remember those lost to the disease and support the progress we are making to defeat breast cancer.

Members were debating how to do this for 2021 when the country went into lockdown. This being a time when crafts and creativity often come to the fore, the challenge was out for people to let their imaginations soar in decorating a bra.

They were told that they could do whatever they wished, so there was a great variety of styles. There were the glamorous, the beautiful and the humorous.

At the first tea meeting after lockdown everyone brought along their masterpieces, and, though they were not told in advance that it was to be a competition, Pauline Gardner’s bra was decided as the star piece.

First Vice President, Dianna Bower, says, “It was just a fun way to show awareness. You have all the serious stories which is understandable, but we thought we would showcase the month in a lighter way.”

Gary Anderson kindly gave the club a space to display their resulting works of art in a shop in the Cromwell Mall. Dianna urges locals to go along before the end of October and view the bras.