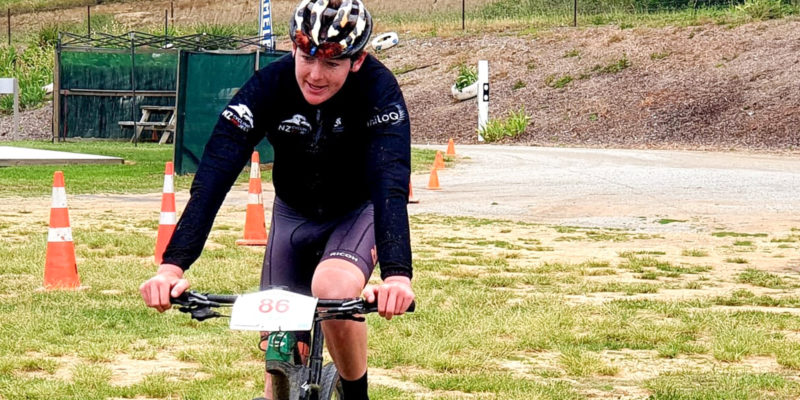 Riders cycled from Garston to Bannockburn on an overcast day, in contrast to the burning heat that Central has provided on many years.

Rising from Garston, past a historic ski field, to a 1100 metre summit, and on to the gold mining sites both past and present, the cyclists pass through a spectacular landscape to Ben Nevis Station and sheep yards, before rising once more to Duffers Saddle. It was at this stage that I was once offered a million dollars for my horse. I declined but gifted my energy bars instead.

After two major passes, you would think that the small final hill up to Bannockburn Domain would be a cinch, but it is often the one that riders struggle with.

For organiser Terry Davis, of Highland Events, this is the second in the 2021-22 Summer Series of events.  He says of the Gutbuster, “I am super happy with the day, and surprised that we managed to complete it without rain. We lucked out really.”

There were 101 riders, which is similar to the 2020 figure, and some had travelled long distances to compete, including from the North Island. One such person was heard saying the trip down was well worth it, as the ride was magnificent.

The overall winner was Josh Burnett. A 21-year-old Law Student. Josh is a rising star in New Zealand cycling. A BMX and mountain biking champion, Josh has recently turned to road cycling, where he is making his presence felt. He was fifth overall in the New Zealand Cycle Classic this year, tenth overall in the Tour of Southland, where he unsurprisingly won the Remarkables section – Stage 4.

First timer Taz Selfe, from Oamaru, came in second overall, and was very impressed with the course.

Junior (Under-19) winner Lukas Schafer, of Wanaka, came in sixth overall, saying, “It was a fantastic event, though I was definitely caught out by the change of wind direction. In these Covid times, it is just great to be able to participate in such an iconic event.”