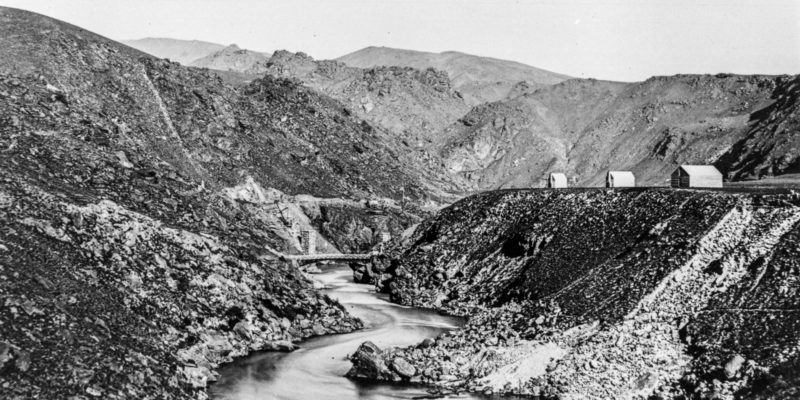 1860’s bridge onto Cromwell with the piers being built for the new one in the background. Photo R W Murray collection
Share Share

As mentioned in an earlier article crossing the swiftly Clutha and Kawarau rivers to Cromwell was a challenge.

In the beginning the only way across was by swimming.

Next was by boat, then by punt.  These were slow, and limited in the number people, horses or wagons they could take each time. They required the services of a “Punt Man”.

These were soon replaced by bridges. Since 1863 there have been six bridges built to cross the Clutha to get into Cromwell.

Four spanning what was known as Doctors Point.

Named after Doctor Corse, Cromwell’s early doctor who opened the 2nd bridge. (This is near the current lookout at the intersection of Inniscort and Alpha Streets). And two at Deadman Point (site of the current bridge).

The first built in 1863 was a foot bridge which a horse could cross. This was at the narrowest point above the junction of the two rivers and become known as the Cromwell Gap.

A flood in 1864 washed this bridge away and it was rebuilt. Number two was washed away in a flood in 1866.

In 1865 work had started to build a more substantial bridge down stream of Doctors Point.

Large stone piers were built, and a wooden lattice bridge was constructed to span the river and was a continuation of the “Main Street”.

This bridge was completed in 1866.  It could take horse and bullock teams towing carts/drays/coaches.

The lattice woodwork needed continual maintenance and soon became “rickety” and would sway alarmingly when horse teams crossed. This was replaced with a new steel framed bridge in 1891 built on the piles for the lattice bridge.

This bridge was “over engineered “for the time and was suitable for motor vehicles.  It remained in use till 1986, and for foot traffic till the lake shore was being formed for the filling of lake Dunstan.

There was a foot bridge at Deadman Point, and was the site chosen for the new bridge, the 6th to cross the Clutha to get to Cromwell. This was opened in the early 1986.

In the beginning tolls were charged to cross the rivers till the county/ government took ownership of the roading network.

Special thanks to Scott Bennet. 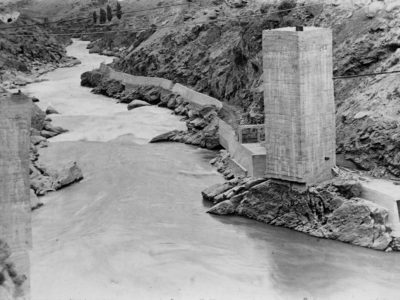 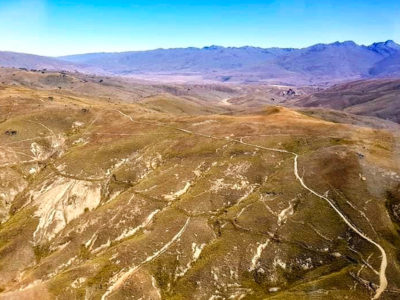 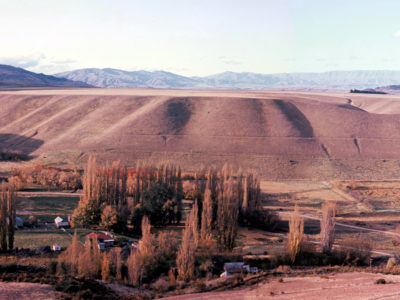 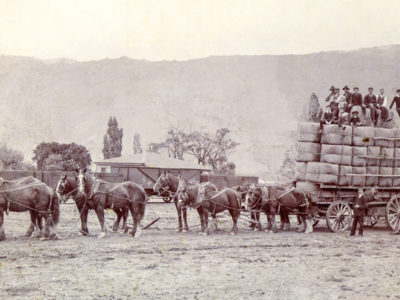