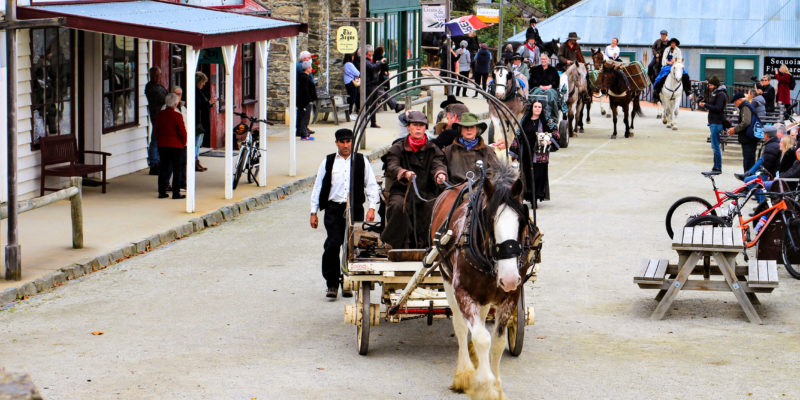 They buried him with his boots but no one could give him a name.

An early goldminer who died long ago, like many others in pursuit of gold, by the Mata-Au/Clutha River, was buried on Saturday.

His end came during the frenzied rush of the late 1800s when gold was easily found along the riverbanks and hopefuls clamoured to be a part of the action.

The living was rugged at best and likely so was the dying.

One hundred years on archaeologists working ahead of the Clyde Dam construction came across the miner and his boots and arranged for the careful transfer of both to Otago University’s anatomy department.

After decades there, bio-archaeologist Professor Hallie Buckley, honorary research fellow, Dr Peter Petchey, and Dr Neville Ritchie, who originally discovered the remains, researched what they could of his history.

All three were pallbearers at Saturday’s service.

The man was thought to have likely drown and was aged around 30-40 years, but little else was known about him.

Professor Buckley says the work had been a team effort from archaeologists here and in the UK.

Over 200 people attended the service on Saturday with many walking with the procession from Cromwell Heritage Precinct to the cemetery.

Lynley Claridge of Affinity Funerals hoped the service would bring a sense of solace and closure for many families who lost loved ones during that time.

“We’re proud to be able to bring home the gold miner to Central Otago and lay to rest a man who has become a symbol for the community of all the miners whose lives were lost during the gold rush period,” says Lynley Claridge.

“This is an important event for all of us who live in Central Otago against the backdrop of the goldfields, with everything they brought and took away from our community. We’ve heard from many locals whose relatives were lost during those hard times, and for whatever reason, didn’t have the burial they deserved. Mr Goldminer is at rest now, his work is done.”