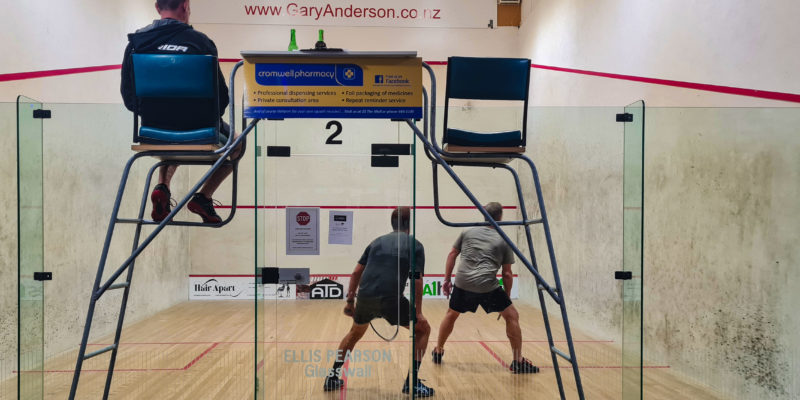 Once the first shots of the duck season are over, it is the time to enjoy good shots in the Onpoint 2022 Cromwell Open Squash Tournament, held every year in May. Last weekend, 96 players from across the South Island entered the 2022 tournament. They were divided into 12 divisions of 8 players all of a similar standard, to do battle on court and fight for bragging rights and prizes. Matches were played in Cromwell, and also Alexandra. Local players started their matches on Thursday, while visitors started on Friday, and the finals were Saturday evening.

One of the youngest local juniors playing in his first adult tournament, Levi Casey, did extremely well in the mens division F to get to the final, where he lost to Bridge Anderson. Another young junior, Grace Brenssell, in the women’s B grade, won through to the final, where she met club secretary Emma Hill, and won this local derby.

In the evening there was a celebration of the results, a professional BBQ company, Branded BBQ of Christchurch, provided some splendid meat to accompany the excellent selection of music put together by Jade Hinton, and everyone enjoyed the evening of fellowship and fun.

Our thanks go to Jade Hinton for all the admin and organising she did, to Shaun Madden in overseeing the running of the event, and to all the sponsors, especially John Holding of Onpoint.