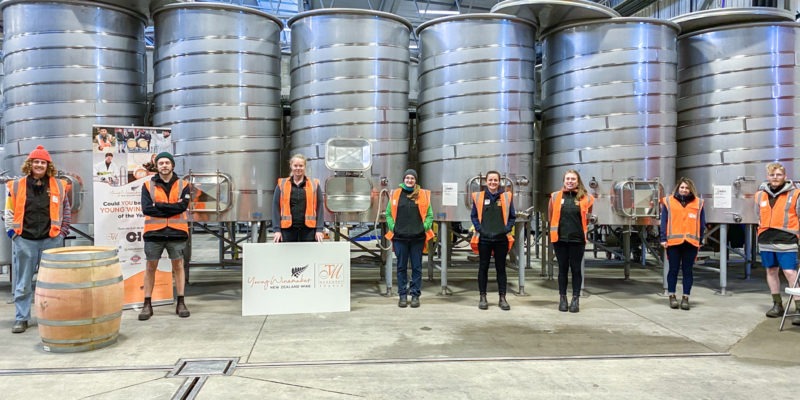 The 2021 Central Otago Tonnellerie de Mercurey Young Winemaker competition will go ahead this Thursday and organisers are thrilled the Covid alert levels have come down in-time for the Central Otago region to become the first region to compete in the prestigious competition.

“This is one date we haven’t had to move due to lockdown” says Nicky Grandorge, from NZ Winegrowers and National Co-ordinator of the Competition, “and it is very exciting the competition can now go ahead.

We have had to re-schedule other events in different regions and work around other competitions, now with Central Otago leading the way we are delighted to finally showcase our young winemakers.”

Seven of the eight contestants in the Central Otago competition are women, highlighting the increasing number of women seeing the wine industry as an exciting sector in which to forge a career.

The national final is scheduled to be held for the very first time in Central Otago towards the end of this year with winners from the Central Otago region going up against young winemakers from Marlborough and the North Island.

Young winemakers from North Canterbury are also eligible to enter this competition.

The Tonnellerie de Mercurey Young Winemaker of the Year Competition has been running since 2015 and aims to stretch emerging Young Winemakers, help them upskill, grow in confidence and start making a name for themselves in the New Zealand wine industry.

The competition will be held at VinPro in Cromwell on Thursday 16th September. Rosie Menzies and the CO Young Winemaker Committee have put together some interesting challenges which will test the competitors on a wide range of skills required to be a successful winemaker including laboratory skills, wine industry knowledge, tasting, blending and marketing.

Unfortunately, due to the Delta Alert Level 2 rules, spectators will not be allowed at this year’s competition.

Jordan Moores from Valli, Annabel Wylie from Grapevision, Cyntia Barros from Carrick, Georgia Mehlhopt from Amisfield, Hannah Lee, Olivia Williams from Mt Difficulty, Melissa Gross from Akarua and Emily Townsend from The Bone Line in North Canterbury will all be doing what they can to achieve greatness in this years’ event.