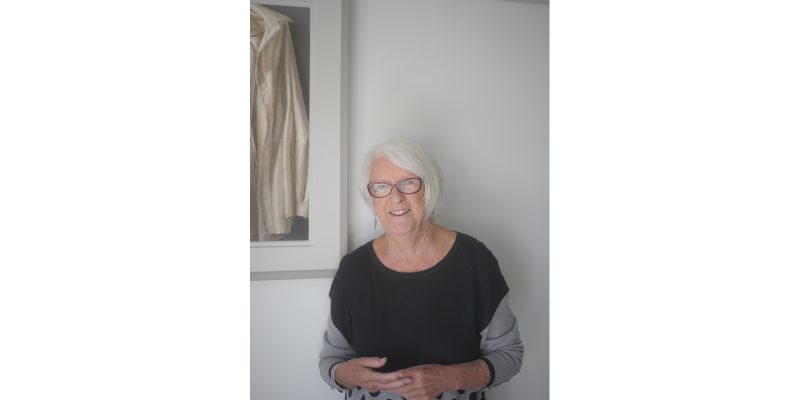 She was a child of Central Otago/Lakes District, calling Mount Nicholas and Mt Pisa Stations home, a manager of the Public Health Nurse organisation in Dunedin, co-developer of one of the first wineries of Felton Road, has chaired Cromwell and Districts Community Arts Council Inc for decades, and been awarded many service awards.

“I guess for me, I’m probably a natural organiser, but it’s really been about finding things and thinking, ‘people will love this’, so making it happen.”

Heather was born in the Clyde Hospital, and spent her first few years in Roxburgh.  Most of her primary schooling took place in the Cromwell’s St John’s school.

She and her siblings would catch the 7 am bus from Mt Pisa Station, where her father was the manager, and they would be the last drop-off after school, making it quite a long day.

Her father set up the pony club for Cromwell, which took place at the station.

“Perhaps being in isolated places, you learn that you have to make your own entertainment,” muses Heather.

Nursing in Christchurch began Heather’s career in the health sector, and back in Dunedin later, she became the principal public health nurse for Otago.  She also played hockey for Otago, and went on to coach the team.

In 1989 Heather and her then-husband John Olssen bought land along Felton Road and established Olssens of Bannockburn – the first vineyard in the Cromwell basin.  After the planting, while the vines established, they went to Perth for three years, where Heather re-organised the way in which pre-school children with disabilities received support.

Back in New Zealand, along with the vines, they planted 8500 trees, shrubs and grasses, established three ponds, and hosted a scarecrow competition, many outdoor concerts and an annual sculpture exhibition.

Heather has not let a stroke slow her down.

Other awards in recent years have been the 2017 Community Service Award form CODC; a 2018  New Zealander of the Year Award nomination; the 2020 Arts on Tour Annual Regional Arts Touring Award for ‘Best Individual Community Presenter’.

The CODC 2017 entry for Heather says,

“With a big heart and a strong sense of community health and development, Heather McPherson epitomises the essence of community service.”

She is co-founder of the ‘Across the Bridge’ Bannockburn Arts Festival, now in its tenth year, about which Heather says,

“It is a great thing to be involved in, and for people to come and appreciate our local artists.”

Asked which of her achievements gives her most pride and satisfaction, Heather refers to when, in 2003, she secured an international showcase in London for Central Otago producers – the first region in New Zealand to do so.

“Taking our Central Otago brand to London was a huge achievement – people said it couldn’t be done, and now it is a huge annual event.”