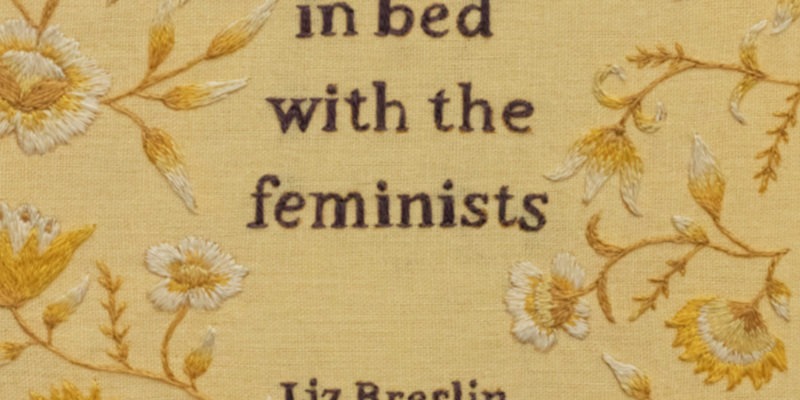 Liz Breslin is a wonderful, active enthusiast for the written and spoken word in the Central Otago Lakes District community.

She is a coordinator of Poetic Justice, copy editor of 1964 magazine, columnist for ODT, and has just launched her new book of poems, “In Bed with the Feminists”.

Cromwell locals may remember her as a supporter of the Bannockburn Festival, Across the Bridge, in her various roles as debater, poet, panelist and Slam Poetry emcee.

Liz, what would you claim as your highlights of a lowlights 2020 year?

On the poem front, winning the Kathleen Grattan Prize for a Sequence of Poems in 2020 was a highlight. I won the competition with a selection of the poems that form this collection. I also had a poem included in a journal called Stasis, which showcased some fantastic work from around Aotearoa.

And of course, there was the Possibilities Project, co-created with Dunedin UNESCO City of Literature, in which people from Ōtepoti to Hungary to South Korea wrote and recorded poems based on and in response to Wisława Szymborska’s poem‘ Possibilities’.

Who is your target audience for the new poetry book?

Hmm. I don’t really have a target audience because that seems suspiciously like marketing. I don’t think I write with an audience in mind.

And I write with the heart of me and then edit edit edit.

I want them to be of the everyday, not of the fancy.

Some of the everyday things in this book are supermarkets, teething, netball coaching, chips at the drive-thru and asking Siri.

But of course, as the title suggests, Interview with Liz Breslin as she launches her new book of poems there are poems in there that are mores pecifically related to feminists and feminism and beds and being in them and my own story among all that.

For those who fall in love with the book, and want more (as they will) – where else can they find your poems?

I also have another book of poems, it’s called Alzheimer’s and a Spoon. I think I might be googleable and also, I have a website www.lizbreslin.com that will tell people a bit more about my other poems and plays and projects and articles and workshops etc. …if I should have asked something else, please answer it! Ummm not sure but happy to answer anything else- thank you for the thoughtful questions.

Oh, maybe I could tell you about theother people involved – the stunning cover, designed and sewed in single threads by Ōtepoti artist Lucinda King.

Also, I had a brilliant, care-full editor, my girlfriend Emer Lyons. So, I would like to say huge thanks to both of them for their parts in helping me shape and shine this book.

Be in to win a Free copy of ‘In Bed with the Feminists’!

Liz’s publishers have offered a free copy of ‘In Bed with the Feminists’ to the Cromwell News team to be offered as a Giveaway!

If you’d like to participate in the draw, simple register on the form below. You can increase your chances of winning by liking our Facebook page!

The winner will be drawn next Tuesday, 13th of July, and we will publish the result on the Cromwell News Facebook page.

Good luck to everyone!