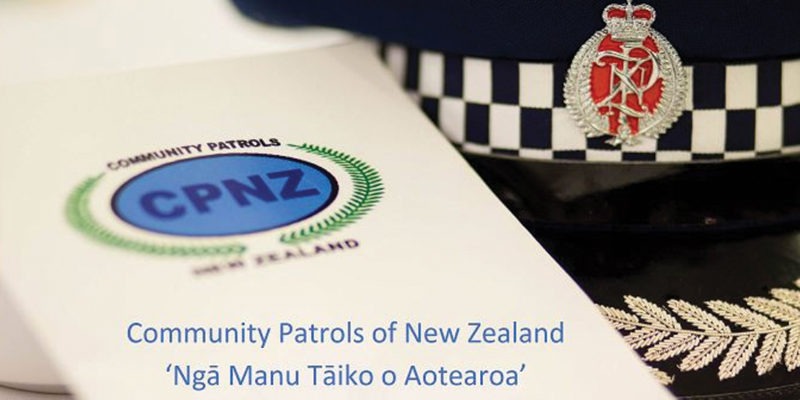 Others with Patrol responsibilities are Denis McFelin (vetting of recruits), Karen Palmer (training) and Kevin Anderson (health and safety).

Our Cromwell Police liaison officer is Constable Mike Petitclerc. Fraser thanked all members of the Patrol for their contribution.

The Cromwell Community Patrol could not operate without the support of the Community. Major supporters are AMI (Insurance), BP Workshop (repairs and maintenance), Cromwell Self Storage (vehicle storage) and Summerlands (fuel). Road Materials donated Hi-Vis vests and Community Patrols of NZ donated uniforms.

A number of organisations and individuals supported our raffles and helped in other ways. In addition to selling our raffles we raised funds by selling raffles for the Town and Country Club and by assisting the Cromwell & Districts Promotion Group with the opening of the cycle trail.

Thank you to all our supporters and sponsors. Special thanks to the Central Lakes Trust for the grant they gave us to assist with our operating costs.

The main function of the Community Patrol is to assist the police to make Cromwell and its wider community safe from crime and antisocial behaviour.

It does this by gathering information for the police while on patrol, acting as a deterrent to criminal activity and assisting the police in other ways.

The Patrol is always looking for new recruits and people wanting to join can ring Fraser Scott (03 445 4140) or speak to any of the Patrol members.